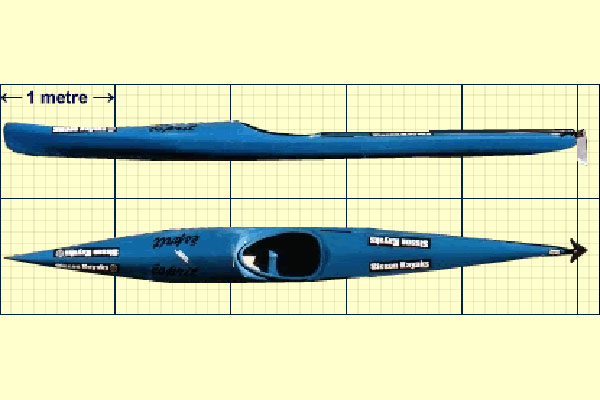 Imagine – a ‘beginners boat’ that is so potentially fast – it has actually been used by strong paddlers to win real races! This is it – the Esprit!

We often wondered what would happen if a strong, skilled paddler used one of our stable ‘beginners boats’ in a real race. Now we know. They win! Scroll down to read about Geoff Mathews’ and Ron Wastneys’ amazing race results. Sure – Geoff and Ron wounded a few egos by beating lots of ‘top’ paddlers in all sorts of ‘fast’ boats. Proven – these wounded ‘top’ paddlers were sadly using kayaks that are too ‘fast’ (unstable) for their true abilities. They should all have been paddling Esprits! It is an unfortunate fact that ‘fast’ kayaks look much better on the car roofrack than ‘stable’ kayaks such as the Esprit. 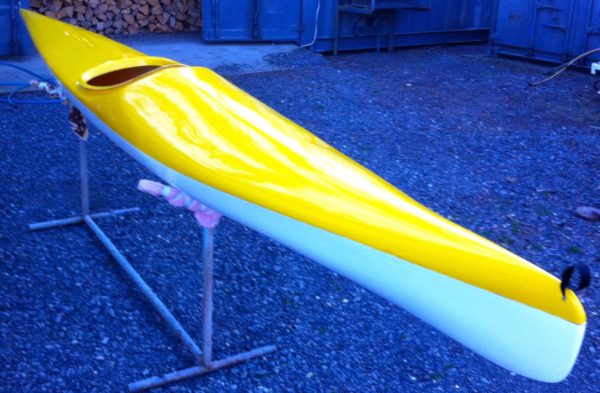 So – if you are honestly looking for a stable kayak that can grow with your power and skill increases over time – you should consider an Esprit – the ‘beginners boat’ with proven race winning performance!

Details of the real races won:

As newcomer multisporter Geoff Mathews placed his Esprit kayak onto the beach before the 1994 Thermatech Head to Head, some competitors openly laughed (“we will mow him down”) at his kayak choice. Geoff had been paddling kayaks for less than four months. He wisely chose a kayak that suited his kayak skill level.

It is now historic fact that Geoff achieved a fast run and cycle which placed him first individual onto the water. He was hotly pursued by highly ranked kayakers paddling narrow potentially fast boats. Right down the harbour Geoff was in view. They gained very little ground on the ‘novice’ in the ‘laughable’ boat.

Geoff won the race! Geoff gave much credit to his Esprit.

At the 1997 Waimak Classic River Race, ‘unknown’ Evolution Classic paddler Ron Wastney chose to test an Esprit for speed on a real river in a real race. His race result time included time taken to rescue another competitor who was in difficulty. 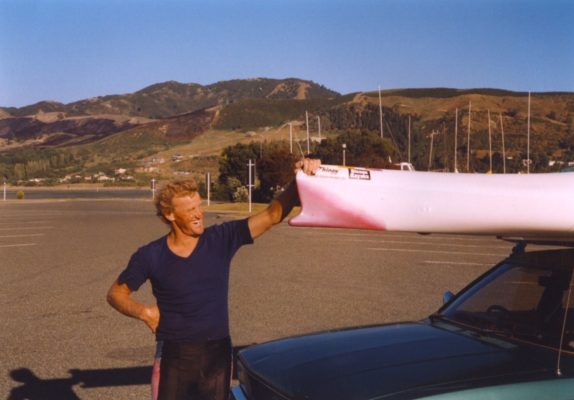 Ron with his Bifurcated Bow Espit. Which the ‘market’ decided did not work. Which only enhanced Ron’s ability to emulate a top-paddler 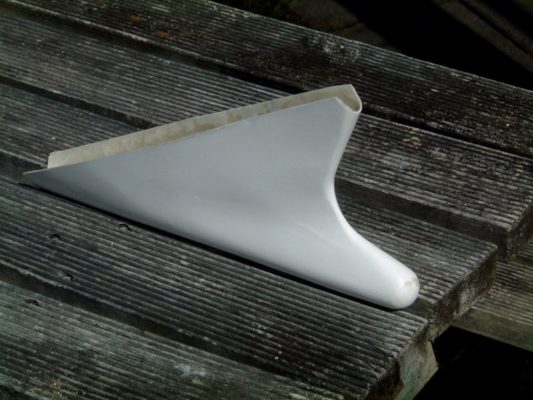 YEAH RIGHT! ‘The Market’ – are those ‘knockers’ who can write their lifetime contributions to mankind’s progress – on the back of a postage stamp! Quote – Grahame Sisson

Once again – the Esprit was proven to be capable of incredible performance – provided the paddler had the experience to extract it.

In recent years, during many Speights Coast to Coast events, hundreds of our Esprit customers have paddled the Waimak river dry and warm, bemused by the river carnage caused by the masses of swimmers struggling for the shore towing their swamped 500 kg “lightweight” “fast” kayaks. Get wise – paddle an Esprit! Get the experience!