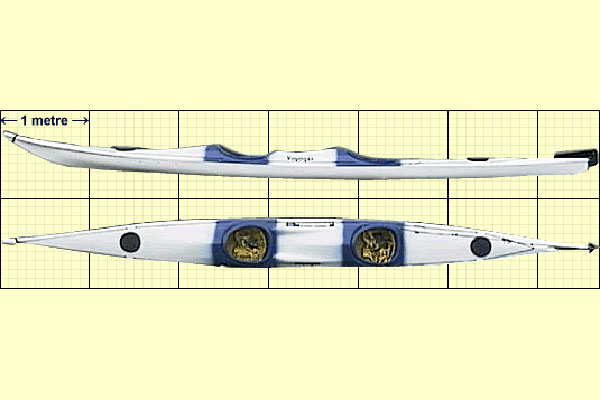 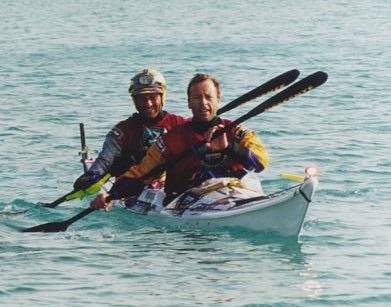 Jeff Mitchell in the bow. Team Seagate wins! This from the days before the Southern Traverse – lost it way.

The Voyager is a fully blown sea kayak that comes with Humps©, Sidetanks©, Real hatches, decklines and a fully retracting rudder.

Utopia for two – but – Never ever mention this to Jane

In addition to the fore/aft compartments in the Voyager Multisport version, the Voyager Sea Kayak comes with a small central hold and additional compartment behind the stern cockpit. (Note:- the interim photos above do not yet show these extra two hatches). 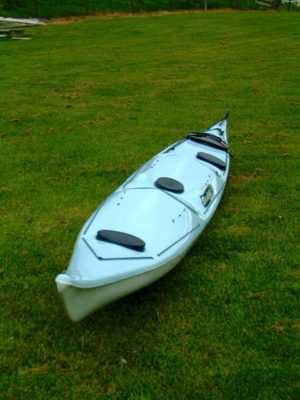 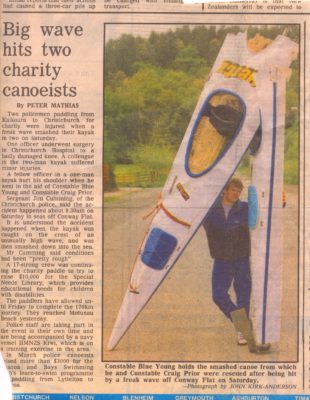 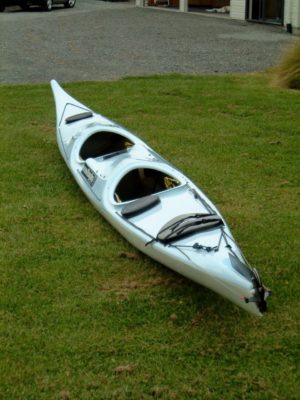 The Voyager is a real boat made the real way. Our boats are built tough. Instead of making the Voyager super light we specify a construction that is strong enough to do the job. Why race a 26kg boat when the race rules say that the boast must weigh 50kg?????!!!

Lets have the whole team 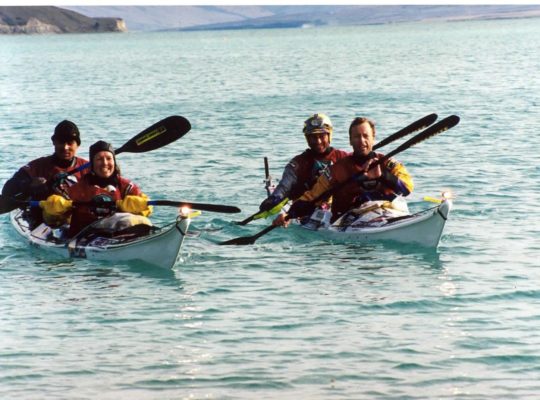 Jeff Mitchell – “You have another good boat there! Quick on the flat water of Lake Coleridge which we were first across after the group started together on the second day. I was in the front of one, really nice to paddle. It felt like a racing boat as it was going so cleanly through the water. Stable, quick, appears really solid, and looks damn good. It is on my shopping list for later!”

Nathan Fa’avae – “Left the JKK boats in our dust”

Meanwhile Conrad Edwards (many time winner of the Portage Race) has purchased two Voyagers. One of Conrad’s Voyagers is split. 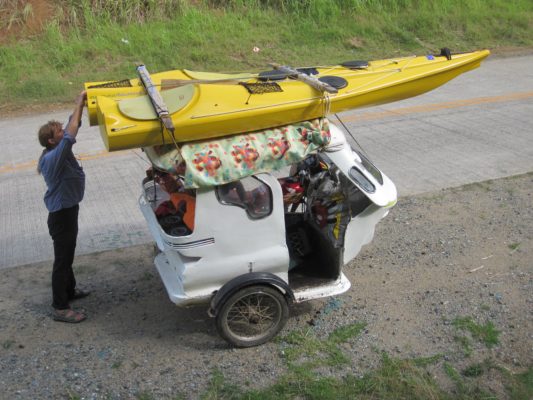 This Voyager has seen more of the world than I have. Palawan 2012. And I also know for sure – the entire coastline of Turkey. 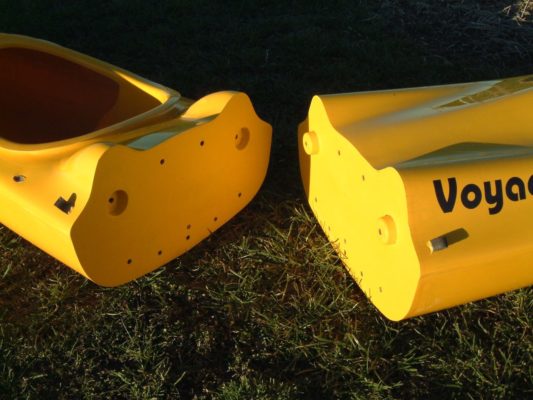 Steve Gurney – “Three Voyagers went cruising to Ripapa Island two nights ago. A stiff Easterly blew up for our return, so I got out the kite. YEEEEEEEHHHHHHHAAAAR! Ian and I were launching off waves, skipping past the others having the time of our lives! What a blast! Nice boats thanks Giro (my nickname), they handle the rough and tumble really well. Lisa and I took it fishing to Motunau Beach. We caught 9 Blue Cod. Lisa and I are just about to out for an hour or so now. That makes it 5 days in a row in the Voyager.”

Jim Davidson – “We love our boats”

Ian Adamson – “The boats went really well, and we did our best to destroy them! John managed to pile into a cliff doing 15 knots on the Rakaia, and only succeeded in making a 10cm crack in the nose! Mike and I went over a 1 metre drop and seesawed for a minute or so over the lip before plunging down into the river. We didn’t notice the boat flex even a mm”

Relay none of this to Jane . Voyagers are useless. She told me so!