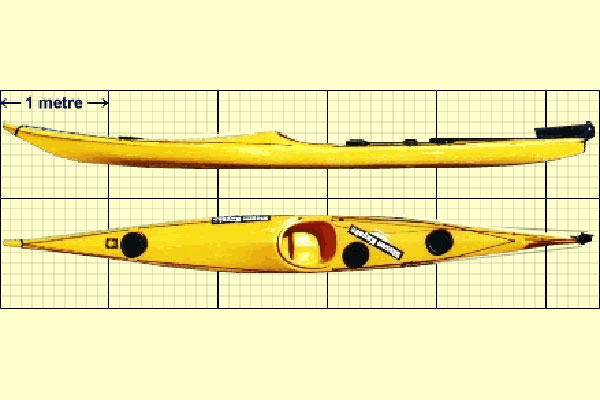 We wanted to create a more stable, user friendly boat that offered our customers all of the advantages of the NORDKAPP.

It turned out to be faster and more stable.

In the beginning there was the Nordkapp. It was the first European attempt to commercially market a modern kayak along the lines of the ‘West Greenland’ models used by the local Inuit people.

Of all the Inuit, the West Greenlanders had to hunt in the roughest, most wind exposed open waters. These sea conditions are really quite similar to those found in New Zealand. Therefore any kayak design which served the West Greenlanders well, will also be expected to serve New Zealanders well. The success of our customers, in meeting their paddling goals over the past 20 years, confirms this observation as fact.

The Arctic Raider was designed to maximise the West Greenland design type in such a way that the maximum spread of paddlers will enjoy their paddling experience no matter how bad the weather turns.

So what is a West Greenland style kayak? The hull has three distinctly separate sections.

Couple all of this with the smooth deck layout that is totally styled to shed water and offers the very minimum of wind force against the paddlers chosen course. It also has a very low floodable cockpit area due to the original ‘pod seat’. The seat forms a bulkhead which makes for three dry compartments closed off by three solid moulded ‘Real’ neoprene rubber hatch covers.

The Arctic Raider was the kayak of choice for their 1994 East to West traverse of New Zealand. Read Richard Ackerley’s book ARAHURA* and you realise how tough we build our sea kayaks.

Of the hundreds of Arctic Raiders that we have built, more than half of them have been sold in Japan. It is therefore fitting that we should quote a satisfied customer from that country. Japanese paddler Takehiro Shibata, when planning his solo trip around Norway from Sweden to Russia, specified a custom built Kevlar Arctic Raider that ranks as the strongest kayak yet created at Sisson Kayaks. His feedback on completion was “thank you for such a good boat”.

Warning: The production of Australian manufactured Arctic Raider kayaks is in no way associated with Sisson Kayaks. The original design did derive from a mould sold to Canoe Sports, but very quickly the ‘deal’ unravelled. If you live in Australia – want a real Arctic Raider – deal with us! Get the original – not the glitz (“my hatches are bigger than yours”) copy!